skip to main | skip to sidebar

Our great game OPERATION ANNUNAKI: The curse of Enki is now available on DESURA.

Based on the great hit of 2005, ANNUNAKI. This new action-adventure game has been completely reprogrammed. We dive into a new history with new characters, missions, scenarios and enemies.

The stealth will be your best weapon, hide and avoid being seen by the soldiers. Use all weapons for fight against the B.S army and supernatural creatures.

Enjoy the action and the threedimensional environments beyond your screen with the 3-D GLASSES, by activating NURENDSOFT 3-D effect.

This new version includes:
- NURENDSOFT 3-D Technology to enjoy the action beyond the screen.
- New scenarios, more detailed, more interactive and with new enemies.
- New characters and sequences.
- New missions and more than 40 secondary feats and tricks unlockables.
- 3 difficulty levels and 1 hidden.
- Includes a template of 3-D glasses with exclusive design.
- Compatible with the Xbox 360 controller for PC (USB)*.

This game contains explicit images of violence and blood. It may offend the sensibilities of some people.

*The game ONLY DETECT the XBOX 360 (USB) controller for windows PC. Not compatible with controller vibration. 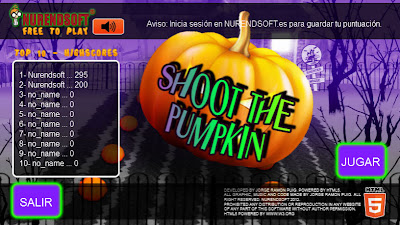 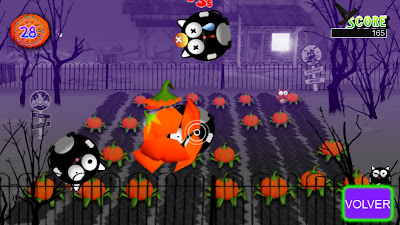 SHOOT THE PUMPKIN
(Ya disponible)